Which are the best team building activities to increase team cohesion? 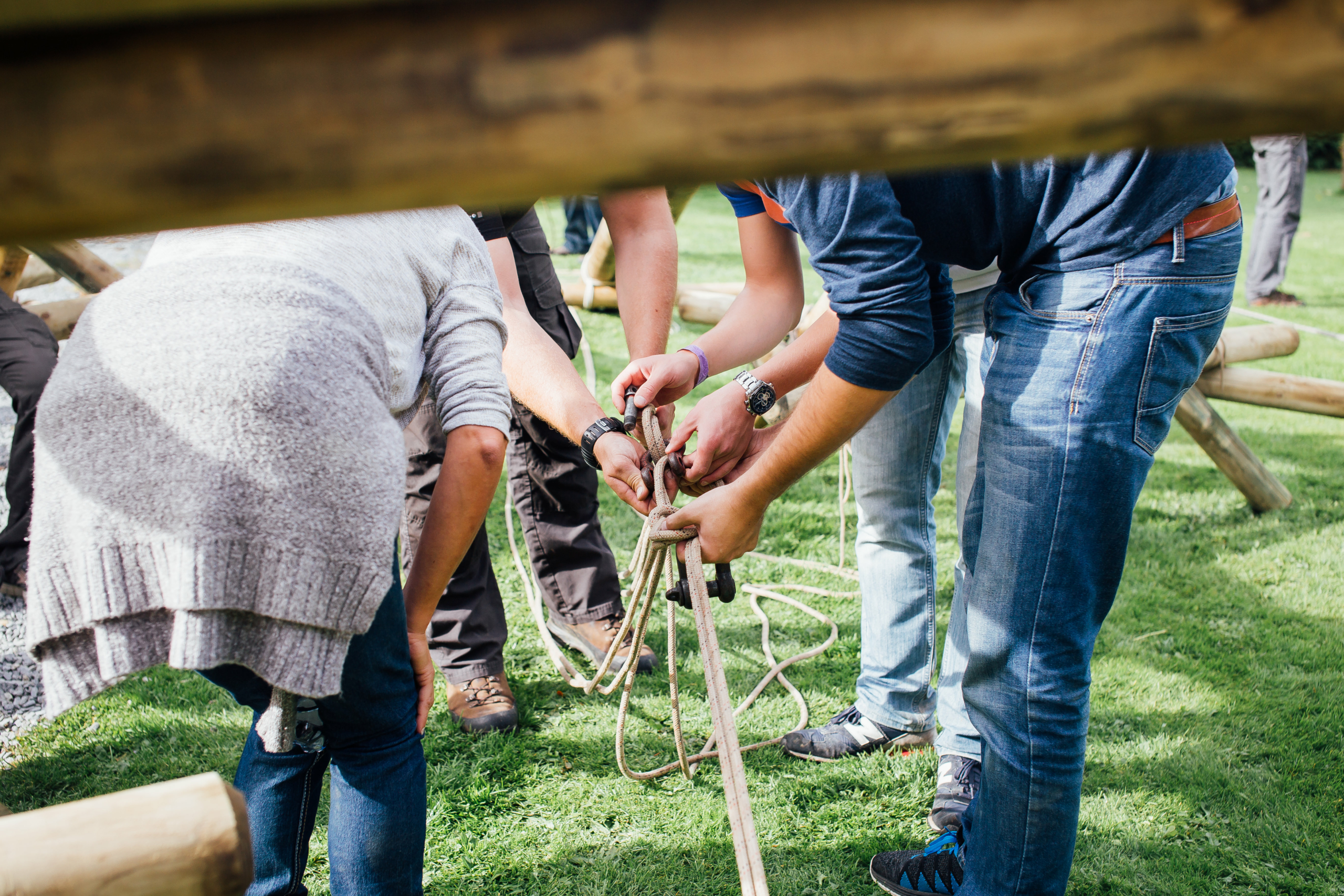 Coined by Aristotle, the phrase ‘the whole is greater than the sum of its parts’ can be used to explain the importance of team cohesion in working environments. If we analyze the reasons behind any successful company, project, or initiative, it’s very likely that we’ll find an integrated team behind it.

In order to achieve its goals, it’s crucial for a team to be built on strong interpersonal bonds among its members. This will create a common feeling of ‘we-ness’, which makes everyone involved in the team goals.

Team cohesion can be defined as the ability to work efficiently together and pointing in the same direction. Most team cohesion is built naturally, when colleagues share both professional and relaxed time together. This helps understanding each other, and gradually a group connection is built. But in order to talk about team cohesion in work spaces there must be a shared goal that indicates the direction followed by the group.

There are several elements that must be considered in order to strengthen group cohesion in the workplace. Following the definition of team cohesion we gave before, let’s focus on three: Togetherness, Efficiency, and Common Goals.

Togetherness is the feeling of closeness in a team, and in order to boost it’s important to encourage and create moments where colleagues can share time, and create that connection. To achieve this, it’s key to design physical spaces in offices where people can meet and enjoy relaxed time during their breaks. And in digital spheres, it’s important to spare some time to share together light and playful moments during calls, for example playing a game before or after meetings.

But in order to take advantage of the benefits of the strong bonds between team members, it’s also important to keep an eye on team efficiency. This can be done by having a proper planning and organization of working processes and routines, so the synergy brought by people working together can be channelled to achieve business objectives.

This brings us to the Common Goals, which set the direction towards which the team points at. This is usually set by the managers or more senior members of the team, but it’s also important to make sure all the team members feel engaged and share the objectives. If that’s the case, the motivation grows naturally, and the team work is affected positively.

Team Building can play a key role in fostering Togetherness, Efficiency, and the capacity to achieve Common Goals. The core of team building activities is to create and recreate natural ways of connecting. If teammates understand each other, how to work together, which are each other strong points and what they enjoy, this affects positively the team dynamics and increases cohesion.

Sports teams are a great example of how team cohesion can help to achieve challenging goals. At Tero Team Building we organized several team building activities for Belgium men’s national field hockey team. The activity focus was to boost team spirit, and show that working together they could go further and push their limits. And in the end, the team won the gold medal at the 2020 Summer Olympics!

The opposite example could be the one of football teams that have all the elements to succeed, but they can’t reach their goals. This shows that having the best players, unlimited resources, modern infrastructure and tools, is not enough to reach the full potential if there’s not a real team spirit behind.

The main challenges for Team Cohesion

As discussed in our previous article, there were huge changes in the office dynamics in the past few years, and most working environments and routines now include a certain amount of remote, digital, and hybrid work. This brings new challenges for team cohesion, and creates new demands from clients who ask for team building activities. At Tero Team Building we work constantly to adapt our offer and catalogue to face these new challenges.

The most visible demand following the new trends is the need for more connection. Although flexibility is valued by most workers, managers should keep an eye and make sure employees remain engaged. And a great way to do this is boosting team cohesion through team building activities. The main aim is to encourage and create moments (physical or digital) where people can connect, and don’t lose the human touch. And at the same time, when employees feel involved and share the team direction and goals, they will more likely feel bonded to the team and their colleagues who share the same feeling.

Let’s go over some of the main signs that could indicate a problem with team cohesion, and should raise an alarm sign: 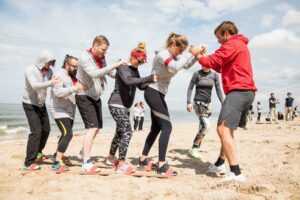 1| STEP OUT OF YOUR COMFORT ZONE

The perfect activity to strengthen team spirit, push the group’s limits, and discover the real person behind your colleagues. It helps to break the ice and put down the formality masks that we many times unconsciously wear during day to day working life.

Everyone will get into the sea to learn to surf, paddleboard, raft and sea kayak! The activities are challenging, and it will probably be the first time for all. As everyone starts from scratch, the feeling of accomplishment is huge and shared by all whenever someone stands up, or is able to surf a wave, creating a natural bond within the team.

Grouped in small teams, participants will have to defuse a bomb in virtual reality, facing a stress situation that requires working efficiently together and a team communication. One team member will have the VR helmet to see the bomb and describe it to the rest of the team, who will give indications on how to deactivate it. The perfect activity for building confidence and teamwork! 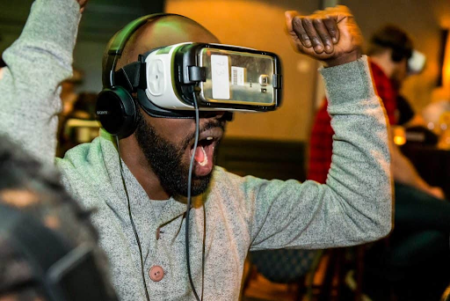 A healthy team culture in the workplace is built on many details and regular interactions. That’s why we suggest organizing more frequent smaller team building activities, with the final objective of reinforcing and recreating this connection among colleagues. But it’s also important to complement this approach with a bigger event once in a while to make everyone feel part of a larger team, go over the common goals, show the past results and the next steps, and how the road to reach the goal is being achieved. This will reinforce the community feeling in the company, which makes everyone involved in the long term.

If you are interested in increasing team cohesion in your company, reach out to us and we will be glad to help you build a strategy and plan the ideal team building activities to boost your teams!